Are you a 'people pleaser'? Here's what you need to know 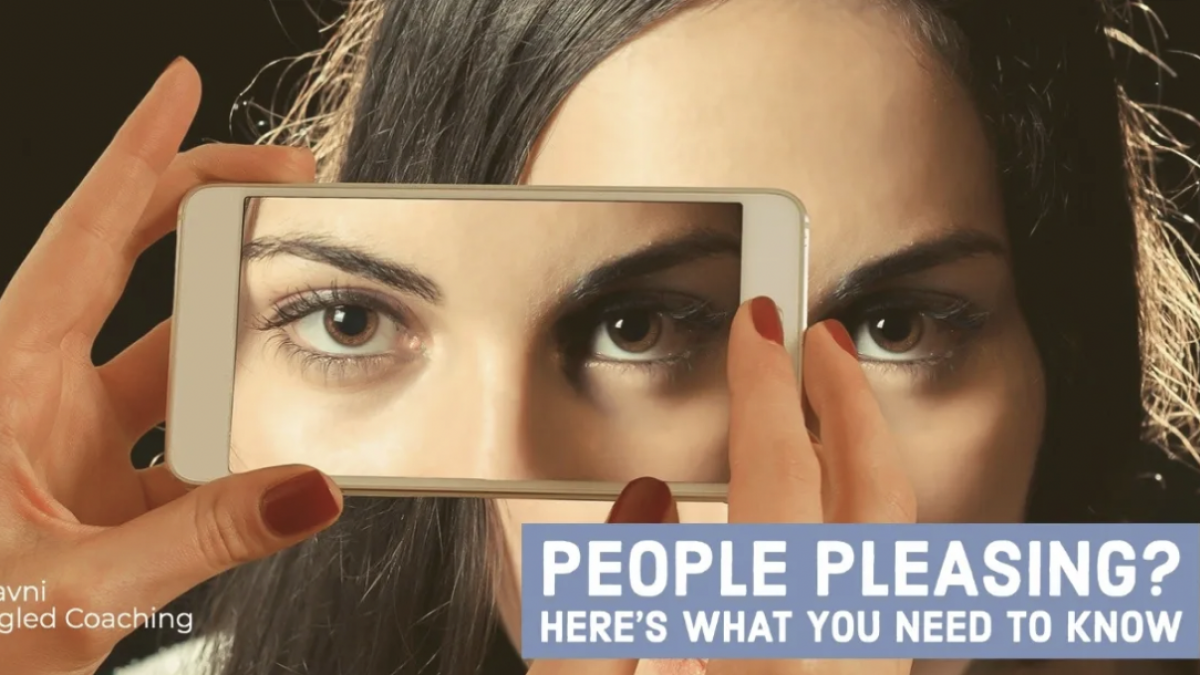 Why do you people please? It might feel like something out of your control, but the truth is, you can change this. Change your mindset!

But that's not entirely true. There is a pleaser inside us all, even if to varying degrees. Cast your mind back to really wanting to make a good impression, or wanting to be liked. Remember how you overlooked some of your personality traits to obtain your desired goal? Maybe you laughed at jokes you didn't find funny? Or maybe you took the long route home so you be considered as one of them?

And on the other side of the scale are those of us who've been burnt before and for whom this feels like something that long ago got out of control. People who identify themselves as people pleasers know they go out of their way to do so much more, yet receive so much less than what they truly deserve.

People pleasing come from fear of not being liked and fear of rejection. As with so many of our other humanly traits, it stems from the time when being a part of the tribe meant the difference between life and death. Because if you got banished, it meant you lost the protection of the tribe and now had to fend for yourself. You'd lose the power in numbers and most likely to survive. Being an acceptable part of the tribe meant you had to do or be what was required. 'What THEY thought' really did matter!

These fears are still very much alive today, but with a twist. What happens now, is that you go out of your way to do something for someone that is not even in your tribe. (If they were in your tribe you would already know how much you're appreciated and loved). But why is this now a problem? Because modern people are 'each to themselves' and don't need to be a part of a tribe to survive. It means they don't tend to appreciate what they didn't work hard to achieve (or ask for), and they don't appreciate you doing the hard work for them.

Daniel (not real name) used to be a true people pleaser. When we started working together he wasn't even aware of what he was doing. At that time, if he thought someone needed help, he would go and help. Move hills and mountains for that person, until help was 'done', but a 'thank you' was never on the horizon. Not only that, but people started to take advantage of his kindness.

If someone asked him where they can get their car serviced, Daniel would not only give them the name of the garage, but would take the car there himself, wait for the work to be done, pay for it and bring the car back to its owner. Sometimes he'll get the money back, sometimes he wouldn't even be getting an acknowledgment.

But did any of this deterred him? Not at all, because the need to be seen as helpful and the vague promise of gratitude was stronger than his ability to see that in carrying on, he completely cancelled himself and these people he was 'helping' stopped seeing him as a friend.

And if you are a people pleaser as Daniel was, this is what you need to know: There is a HUGE difference between 'helping' and 'being helpful'. The former means you take it on you to solve a problem the rightful owner has not bothered to solve themselves. The latter means you are available to help someone if they ask, and only in the amount of help that is appropriate.

(Now I know that some people will read this and jump to the high ceiling about why help should not be calculated and if you see someone in need you should help them. This is NOT what we're talking about here. We are talking about patterns of behaviour that are harming the person doing them).

Where were we? Yes, the difference between helping and being helpful. Say someone is telling you about their plans to start a new business and that talking to < x profession> would be a vital part in moving forward.

That someone didn't ask you to arrange any of that. In their mind this comment was just a passing thought. Maybe one of many they entertain on a daily basis. But you went ahead and created the opportunity, and now they have to show up whereas in fact, they are not even ready to make this commitment.

And you thought you were helping. And maybe now you put yourself in a really awkward position because the person you spoke with is doing you a favour and that someone is now not taking it as seriously as you did, leaving you to sort it all out, again.

To 'be helpful' in the situation above could be just saying, "I know someone who might be able to help - let me know if you want me to introduce you". And why is this a better approach? Because it leaves the actual initiation with that person. When they are ready to make the move, they will be committed to showing up and taking full advantage of your help. In this case you will not only get your 'thank you', but you will know in yourself you really, truly helped.

As said, people don't appreciate when stuff just fall to their feet without them having to work for it, initiate it or fully see the value in getting it. If you just make things happen, they lose respect for you because you do something for them that even they themselves are not willing to do.

People pleasing is a form of self sabotage (and as with most forms of sabotage, it started from that good place of being protected by the tribe). We tell ourselves that pleasing is not really a bad thing so we might as well continue. But what we fail to see is that it is bad. We cancel ourselves for the benefit of others who would never do the same for us. We spend so much time / effort / money and as it's all channelled externally, we can't even be certain we'll get the gratitude we crave so much.

People appreciate your friendship, care and help when they made themselves vulnerable by asking and you showed them they are important enough for you to pick up the glove and help.

Let them sweat a little. It might also mean that when you ask them, they'll step in to help you back. Something I have a hunch, doesn't happen very often the way things are now...