Mistakes? No such thing... only feedback! Here's why 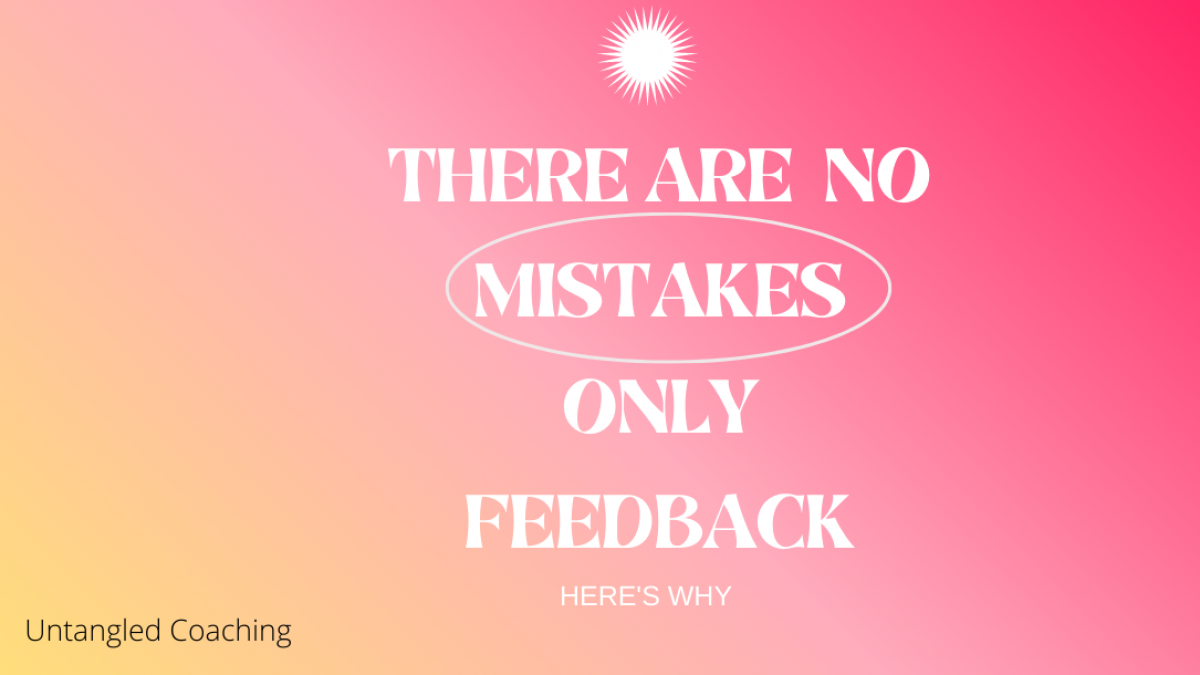 Earlier this year I was told there was a problem with my liver. They rushed me in for some checks, only for the 2 results to come back cancelling each other. One was just above the normal range and the other, just below.

My, somewhat confused, doctor, suggested it could be scarring on the liver and prescribed a 10kg loss between now and April (6 months window).

If you know me, you probably know that I've been in a hate-hate relationships with my weight since the age of 5, when a kidney virus resulted in my immediate ballooning, a trait that stayed with me since.

This time around, though, I recognised the seriousness of the situation. My mother-in-law died from cirrhosis of the liver and having been with her in her last months, this was a 'good' wake up call.

As soon as I left the doctor's office, I found out foods that were 'liver-healing' as well as those that would help me lose the pesky weight. I also bought a new bathroom scale, and announced to my kids that things are now going to be different around the house. Mainly banishing late evening (fruit) snacking that my younger daughter so love to exercise...

Why am I telling you all this, you might wonder? Well, because part of my hate-hate relationships with foods and diets, was the notion of 'being really good', then having a bad day that was ultimately, unrecoverable. Either it would be super hard to get back into the 'being good' mindset, OR, I'll be telling myself that I've blown it now, so might as well stop.

This is what happened to me yesterday. I've been noticing that for the last few days, I was hungry for something beyond the foods I was eating. It wasn't craving, it was just hunger for something more, or different. As it's just before the Christmas holiday, the house is filled with chocolate gifts we've been getting from clients, friends and family, so yesterday was the day 'good' turned into 'not good at all'.

When the feast finished, I asked myself how I was feeling. I noted that the chocolate I did eat didn't satisfy the hunger and the other stuff I ate, made me feel sad, bloated and frustrated. That's when I decided to do what I preach and take the learnings:

What can I learn from the days leading up to the feast, as well as the way the feast was conducted, so that when this feelings comes up again, I will know to deal with it better.

I created a mental list of possibilities, including changing environments (going for a walk or calling a friend), eating a date-based snack if I wanted something sweet, and mostly asking myself this question: would reaching out to <this> food help the future I am carving for myself?

If you know me, you probably know that I don't believe in 100%, especially not when working on eating habits change. I believe in being good 80% and allowing 20% of flexibility. I believe that when the habit change takes place, these percentages will sort themselves out, naturally and as they are meant to be sorted.

There is a saying in the world of NLP (Neuro Linguistic Programming) that says 'there are no mistakes, only feedback'. It means, that everything we do in life is giving us some ideas, or lessons, we would not have otherwise had. Everything we do is giving us the knowledge that we either did well and can do it again, OR, it teaches us that the result we wanted wasn't the one we wanted, so we know better what to do, or what to change, the next time around.

In my example above, I allowed my guards to be down and behaved in a way I identified as 'unhelpful'. If I'd declared it a 'mistake', I would be going down a rabbit hole of blame, shame, guilt, and would choose to stay in 'my story. Instead, I recognised that this was just a blip in the journey, and chose, instead, to take the lessons, the feedback, so that the future doesn't have to repeat itself.

You might be reading this, thinking that eating something you shouldn't have is not really a 'mistake', but I encourage you to look at what you, yourself, define as mistakes you've made, and see that, you too, can take the feedback and allow yourself to learn and grow, rather than shame-talk yourself into a state.

Let's look at three examples that might resonate with you more:

In all these example, you have a choice. Get deeper into your story, berate yourself and declare yourself a no good, OR, you can forgive yourself for doing something because you didn't know better. Now you know better, you will do better!

I'm not saying, don't feel sad, disappointed or even angry. I am saying - allow the feelings to be a guide to what you can do instead. Help yourself to change your reality and move forward in a way that feels right to you, based on all the feedback and new learning you got for yourself from this event.

Feedback moves you forward, so you can do things differently in future, and get a whole new set of results. Some will be exactly what you wished for... Others, will bring you forward even more!